Solidcoin was an alternative to Bitcoin in which the developer (going by both CoinHunter and RealSolid) forked Bitcoin, pre-mined several million “coins,” and included a killswitch that could halt the entire network, ostensibly to protect against the dreaded 51% attack. Of course, bitcoiners adopted it in droves until someone broke its blockchain with “low-fee large-sized transactions.” It was given up on and shut down by RealSolid on September 13, 2011, after backlash from the Bitcoin community and the aforementioned exploits. Someone has revived it, but it’s more or less dead.

Litecoin is the current favorite of those who missed the Bitcoin boat and can’t afford to throw their dirty fiat at MtGox to buy any. It was designed to have a faster rate of block generation (one every two and a half minutes) and to decrease the effectiveness of GPU mining (and eliminate the resulting hardware arms race that’s brought us such gems as Butterfly Labs) by using scrypt for the primary hashing. Currently Litecoins can be had for about $3.50, and many bitcoiners seem to think that it would work better for smaller transactions, as a sort of penny to Bitcoin’s “dollar.” Note that this view is often espoused by advocates of Litecoin. It really adds nothing to the scene, aside from another pointless thing to excite nerds.

Feathercoin is just Litecoin at quad speed. Watch it pump and dump here.

Terracoin appears to just be Bitcoin with a cap of 42 million “coins” and faster difficulty adjustment. Yet another attempt to capitalize on trading a worthless thing for a slightly less worthless thing.

I don’t even remember this one being announced. According to the Bitcoin wiki, it’s the “first known implementation of a combined Proof of Stake/Proof of Work system,” which, if I’m reading all this garbage correctly, means those who have more PPCoins will generate more PPCoins than those who have fewer. I could be wrong though, and chances are nobody cares, because who’s even using this?

Namecoin is an attempt at decentralizing and distributing DNS, which is what makes the web convenient. DNS happens to already be distributed to a degree, and is incredibly well-established and widely used, making namecoin seem kind of pointless and arbitrary. Its primary use appears to be allowing nerds to create website domains with the “.bit” TLD.

IxCoin was just Bitcoin with the FastForward button pressed. The block reward was 96 instead of 50, and the creator mined over 400,000 “coins” for himself. As originally designed, once the network reached 21 million coins, it would just shut down. It’s since been abandoned and appears to have been a pump and dump scheme.

Freicoin is a special case, and we’ve actually had the opportunity to speak with one of its developers. According to the person or persons who created it, “Freicoin is a decentralized, distributed electronic currency designed to address the grievances of the 99% movement and correct the excesses of the 1%.” The project aims to disincentivize hoarding and act as an actual unit of exchange, by “destroying” coins that are saved for too long and then redistributing them to the miners. 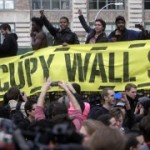 Freicoin was brought to our attention when one of its developers stopped by our IRC channel, linking to an entry in the “Your Kickstarter Sucks” tumblr and incorrectly assuming that the FYAD posters mocking him were in fact secret bitcoiners. After totally misinterpreting their mockery, he went on to explain how he co-opted the language and mission of the now-defunct Occupy movement, going so far as to display images from Occupy events on Freicoin’s website and claim affiliation with Occupy when it appears more like they were trying to pitch their knockoff bitcoins to protesters, much like Bruce Wagner before them.

In the course of speaking with this gentleman, we found that not only is Freicoin not connected to or endorsed in any way by Occupy, but that the developers are misrepresenting other aspects of the project. Half of the funds collected by the Indiegogo campaign were donated by none other than the developer himself, who then worked for free, as the small amount of funding that was collected through misrepresentation went to another dev in another state.

Furthermore, it was found that our guest’s Sonichu Coins are totally not a copy or fork of Bitcoin even though it’s just a version of Bitcoin with various tweaks to punish hoarders. Instead it’s a TOTALLY ORIGINAL CHARACTER DO NOT STEAL and we should feel bad for even considering that, even though it uses Bitcoin’s technology and terminology, it’s tied to or related to Bitcoin at all. After, during the course of our conversation, it was shown that the Bitcoin Foundation had no members who were women, we posited that “since Freicoin is left wing and endorsed by the occupy movement [we] assume it has 50% women on board.” Of course our dev doesn’t know if that is true or not, and then slipped up, admitting that the hilarious and awful “Men’s Rights” movement is justified.

At this point he backpedaled furiously, realizing that he’d made a fool of himself and his project. Do not use Freicoin: the misrepresentative, Kickstarter-defrauding, MRA currency. Don’t use any of the other pump and dump currencies either. Hell, don’t even use Bitcoins.

‹ Wired finds out the new Butterfly Labs Bitcoin miner is utterly useless. › Living on Bitcoin for a week: What we should have learned