We did it guys, we caused the bitcoin crash!

Give yourselves a round of applause! All your tweets and twats and whatnot about this site apparently brought down the entire market! Currency of the future indeed! 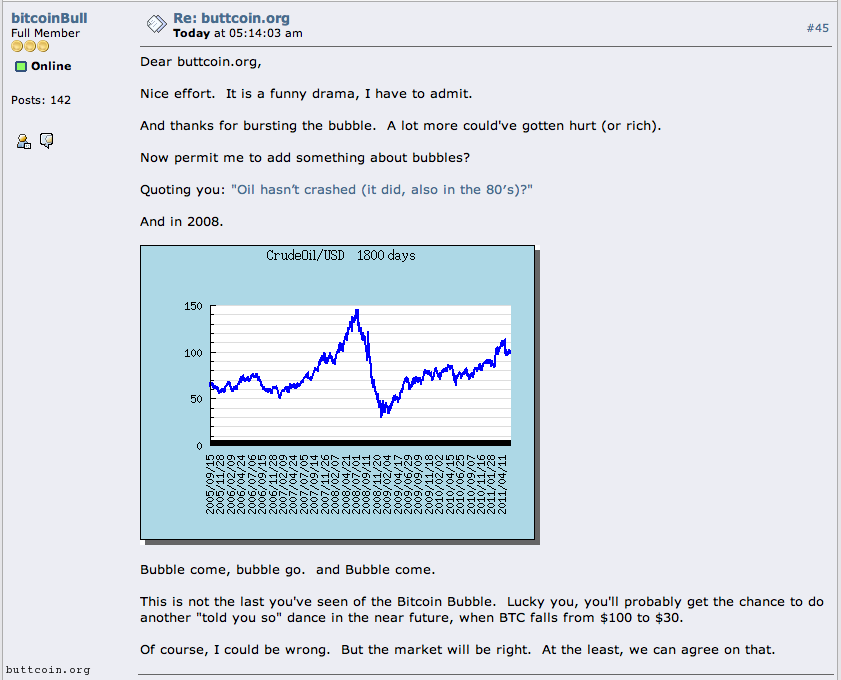 Actually, we didn’t do jack shit, we’re just a humorous blog on the internet.

His point about telling me that oil didn’t crash and then showing a graph where oil crashed is just ripe to be explored further, but unfortunately the bitcoin site has limited discussion of anything bitcoin related to the “old miners” now. Newbies are no longer welcome in the world of buttcoin.

EDIT: I just noticed he’s trying to prove oil didin’t crash in the 80’s by showing me a graph of oil dropping in 2008. What a useless bag of hot air. How about a new graph you sack of shit.

Does that giant spike look like anything to you? IT’S A FUCKING BUBBLE AND CRASH