A few days later, Ars Technica and The Daily Dot both reported, via Benthall’s lawyer, that the account had been compromised. The day after these articles came out, a second tweet was posted:

First, I needed to make sure that this really was the person from Twitter. Two things confirm it:

1. The email used was “[email protected]”, the same email the FBI says he used to register servers for Silk Road 2.0.

2. Here’s the first email I got, with the subject line “Bitcoin Twitter”, from “[email protected]”, with a bit of a private message I sent to Mr. Benthall’s Twitter account:

Since this was a private message, only someone with access to the account could have read it. Therefore, I am completely convinced this is the real account.

As you can see, this person asked me for Bitcoins. This will be a running motif. I told him that I don’t pay for interviews and that I knew he wasn’t Blake, both because the lawyer had said so and because the email was in broken English. But even though I knew he wasn’t Blake, I still wanted to know why he took over the account. Was he just trying to scam people for cash? Was he a vendor or buyer on SR with some vendetta against Blake? Some third thing?

He responded a few hours later:

On top of the broken English, this email now has actual Russian. The sender, again, asks for Bitcoin, then says he is a friend of Blake’s and offers me “exclusive” stuff  presumably from the email account, but maybe this guy got access to Benthall’s computer. Who knows? Either way, I tell him again that it’s my policy not to pay for interviews. But I did send him my questions.  And I got this response:

I reiterated again that I wouldn’t pay him. I haven’t heard back from him since.

So there you go. I got an email from the guy who hacked Blake Benthall’s Twitter.  Close enough! Yay!

UPDATE: Apparently, Mr. Benthall got released on November 21st. If he’s reading this, I’d like a reply sometime soon. Maybe we could start over?

UPDATE #2: Benthall deleted his Twitter account. Or someone did. Either way, the tweets above are gone. I’ll get static images up soon. Also, before the deletion, “Blake” asked me for money on Twitter for “Exclusives”. So, technically, he did get back to me. 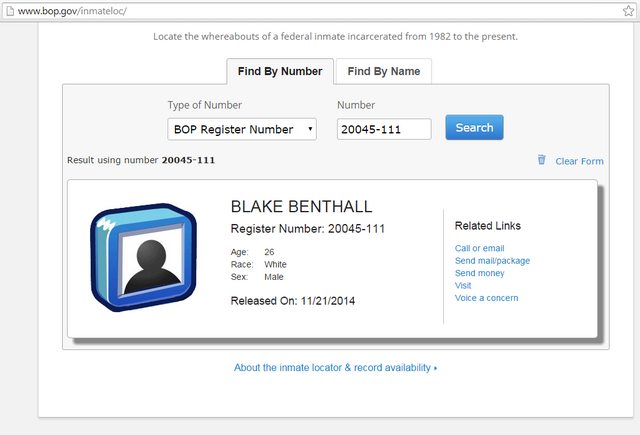 ‹ Is It Stealing if the Vendor Doesn’t See You Take It? Part 2 › Your Obligatory Butterfly Labs Case Update