This all, of course, was very time-sensitive, because the required components were nearly out of stock. Eager to have his bitcon-spewing monster machines, papamoi sends $47,220.00 via wire transfer to Trice for not one, but two Google Bitcoin miners or whatever they are. Read through the email chain here, then let that sink in for a moment.

A month later, in what is surely a surprise and not at all the expected result, nothing at all has been shipped and Ed Trice is non-communicative. At this point papamoi turns to the scam/accusations forum and they begin to try to dig up dirt. Poor papamoi confirms his suspicions (after sending someone nearly fifty thousand dollars) here:

We then learn that Trice is quite a busy scammer, and is not only ripping off gullible buttcoiners, but the chess community as well, along with other random suckers, and that papamoi was warned by those more sensible than himself that this reeks of scam. Bitcoin superstar Matthew N. Wright shows up and divulges some of Trice’s personal details, which are either incorrect or a stolen identity. After much gnashing of teeth, papamoi is finally convinced to actually contact police instead of relying on internet detectives to find and shame a scam artist into never scamming again.

Things continue to get interesting. People who had done work for or with Trice begin posting, explaining how they too had been ripped off, and how Trice is a shrieking egomaniacal sociopath who’s created personas, threatened various people, lied about virtually every aspect of his “business,” and taken out paid newspaper ads designed to look like legit stories.

We’re not done yet, however. Another user appears at the Bitcoin forums with the unlikely handle of philly_cop_41320, and messages papamoi, claiming to be one Randall Smith, a cop in Philadelphia who has taken interest in this ridiculous case. To top it off, a mysterious unnamed businessman is offering a reward of $300,000 for information that leads to Trice’s conviction. 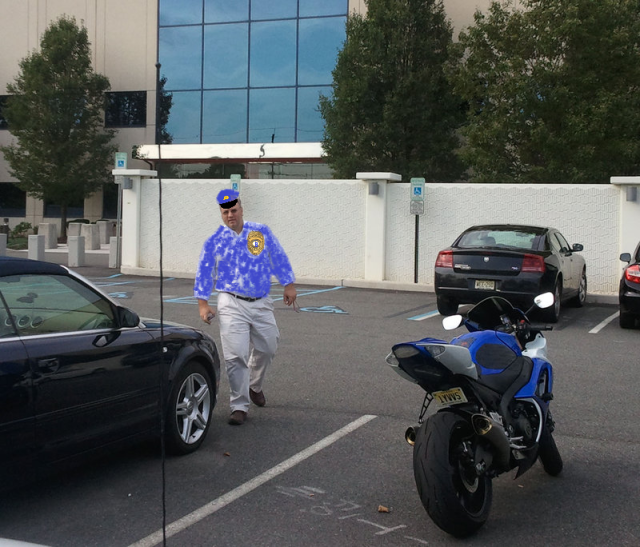 Of course there is no “Randall Smith” working for the Philly PD, and shortly after this is confirmed, “The_Authorities” arrives to attempt to slam Bitcoin (you should leave this to the professionals here at Buttcoin,) insult papamoi and other users, and totally act like he’s not Ed Trice.