So much for the Reddit Grand Experiment in bitcoins. Reddit CEO Yishan just announced the monetary stats for accepting payments of Reddit Gold in bitcoins and it’s not good. 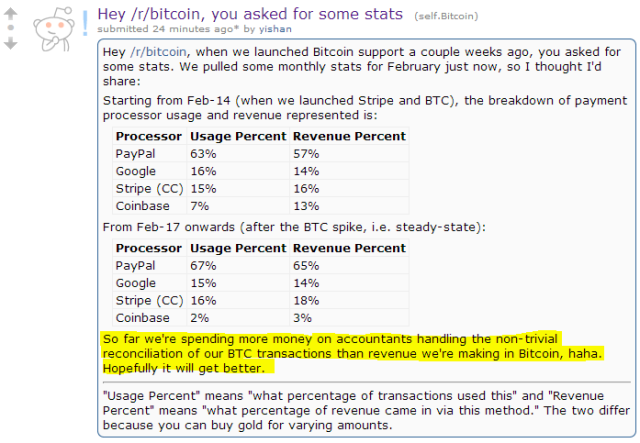 So much for that. Reddit is spending more money on people to police the currency than actual bitcoins received. A whopping 2%, what a model for the exploding bitcoin ecosystem.