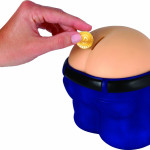 This brings up a point that few have acknowledged: budgeting. Throughout this entire adventure, Kash makes terrible budgetary decisions. She’s already dropped over a hundred dollars on restaurant dining, which won’t go far, instead of spending wisely and stocking up on several weeks’ worth of groceries. This will be a recurring theme and ultimately leads to the failure of this experiment. Kashmir has jokingly referred to this week as the “Bitcoin diet,” since she ends up walking and biking in order to get to wherever she’s going, and can’t get sufficient or healthy food.

Before we move on, I must bring up the next salient point: the “price” of bitcoins is fantastically unstable. The alleged value of bitcoins is driven entirely by speculation and is prone to wild oscillations. During the week, Kash’s initial “investment” of around $735.00 shrank to somewhere around $395.00 and bounced unpredictably up and down in between. Any business with an ounce of sense and a desire to make reliable profits will price their products in dollars (or whatever other national currency their location requires) and then adjust the Bitcoin price for the goods based on the current exchange rate. To do anything else would be astoundingly foolish and an invitation to financial losses.

Coming back to the subject at hand, on the second day of the week of Bitcoin, Kash finds (or likely already knows) that her landlord, who she usually pays through PayPal, doesn’t accept bitcoins. Her landlord, in actuality a friend, offers to let her pay rent with real money later on, but Kash is committed to her suffering and “[i]n an act of desperation,” sends her landlord two of her bitcoins via Coinbase email and, realizing the futility of this action, begins to search for lodging that will accept bitcoins. At the end of the second day, she’s only got 1.75 left, which at the time amounts to a little over $150. She mentions that she has been receiving “tips,” the Bitcoin equivalent of change dropped into an empty coffee cup on a street corner, but doesn’t reveal how much these equal. To celebrate lack of foresight, she spends another $30 on coffee and wine.

On day three, nothing terribly notable happens. Kash goes to an odd production in which people are locked in a room, but had purchased the tickets months beforehand with filthy fiat money. Feeling guilty over this, she works out a way to justify using them, letting her date buy them from her through a convoluted process involving a Bitcoin ATM of sorts, hosted by The Internet Archive in their offices. This gives her an additional 0.6757 bitcoins to spend later. She pays for a partially-comped meal and then walks two miles to the show. The day closes out with 1.9931 plus undisclosed tips, $181 at the time. 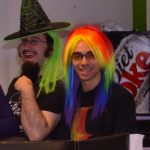 On a typical Friday night…

Day 4 opens with an even lower price, as CoinLab’s lawsuit against MtGox was announced late the previous evening, along with the revelation that there are links to child pornography embedded in the blockchain, panicking “investors” and leading to sales and drops in the market. It’s a Friday, so Kashmir struggles to find something entertaining to do during the weekend that doesn’t require real money and settles on a family birthday party, to which she takes 0.5896 BTC worth of cupcakes. Before hitting up the party though, she purchases around a hundred dollars worth of groceries at an artisanal (read “overpriced”) market, her haul appearing to be sufficient for two or three days’ worth of meals. $100 at Costco can keep me fed for a month if I plan it out just right.

She outlines meeting with the entrepreneur who runs the market and somehow comes to the conclusion that bitcoiners are akin to vegans, probably because they can’t eat much in the way of healthy food and end up pale and malnourished, but with a higher concentration of fedoras. She pays him and he immediately spends it on something else rather than risk losing value during the price fluctuations. She goes home and spends the evening in, finding later that her landlord has rejected the two bitcoins because they’re an awful hassle, bringing her balance back up to 2.2397.

The next day she pays the man who delivers the wine she’d ordered a few days before to drive her to her family BBQ, giving her brother-in-law the worst gift imaginable: 0.34 BTC. She spends the rest of the party evangelizing about bitcoins and people there allegedly want some of their own. Someone else drives her home. Aside from the 0.34, nothing is spent. 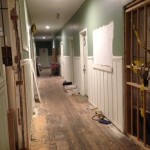 Sunday arrives and Kashmir must move out of her condo and into somewhere that accepts bitcoins for rent payments. In lieu of an earnest search, she posts on reddit instead, inviting the worst of the worst of the Bitcoin community to meet her in person and eat sushi, then buys more expensive groceries from Buyer

‹ When the mining gets tough, the (not so) tough get forked › Wired burns virtual currency to troll bitcoiners