So how does cigarette smuggling work? Well, as the Boston Globe explains, in places like Boston or New York (which, thanks to sin taxes, have put historically high taxes on smokes), smugglers will buy from either Native American reservations/factories on their land wholesale, or from states with lower taxes, like New Hampshire or Pennsylvania (Pennsylvania accounts for 60% of smuggled cigarettes in the US). They then get them to the states with higher taxes. In Massachusetts, if you get caught with under 12,000 packs, its 1 year in jail. Over 12k packs, and its 5 years. Both penalties have fines up to $5,000. Meanwhile, A Washington Post article from 2004 said that a whole truckload of cigarettes could net $2 Million off 800 cases, or 48,000 cartons. (Adjusted for inflation between 2004 and now, that $2M is more like $2.5M.) Bloomberg says that in the Carolinas, a load of 200 cases headed to New York can net almost $500,000. So some people are seeing the $5K fine vs. the $500,000 profit, and are saying “Eh, who gives a shit.”

The difference for consumers is generally half the price of legal cigs. In New York, a legally bought pack of cigs can cost $13, whereas a smuggled pack can cost $6.

This sounds like an industry ripe for disruption (God I feel dirty after saying that).

Enter DutyFree, a company with a beautiful website and a dirty job. They claim to have been in business since 2009, and their (self reported) stats are staggering. Just look at their front page: 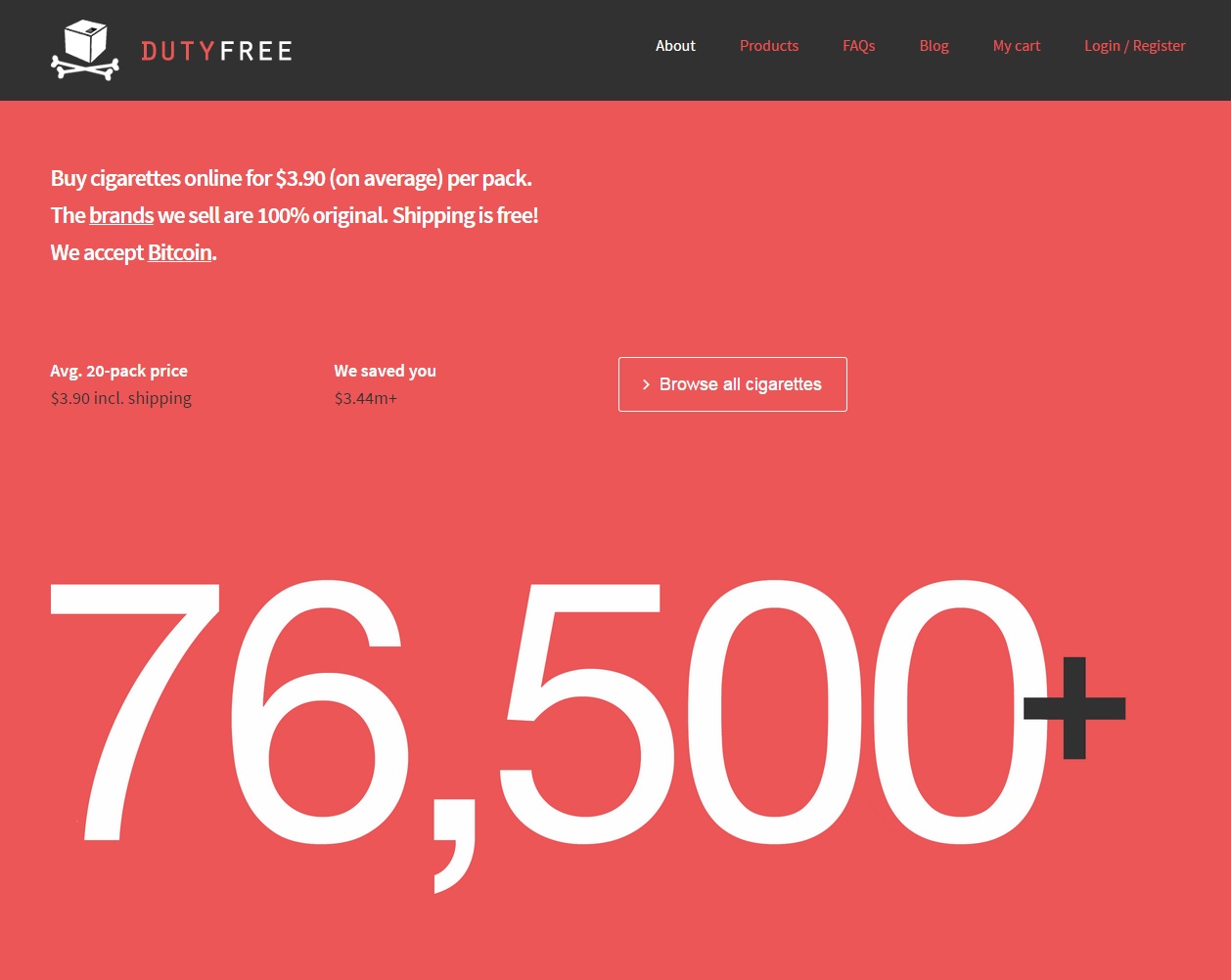 Their claims are as follows:

They’re like Dollar Shave Club, only if Dollar Shave club was selling a heavily regulated, cancer-causing product illegally! Yes, this is illegal too, we’re not advertising them so you can get your smokes for free! We’re saying they’re going to jail soon! How? Lets explore:

On their FAQ, the VERY FIRST question is “Who are you and can I trust you with my money”. Their answer includes the fact that they sell on Silk Road, the Libertarian utopia where you can get drugs sent to your front door, as well as other hidden service marketplaces. This was Silk Road slightly over a year ago: 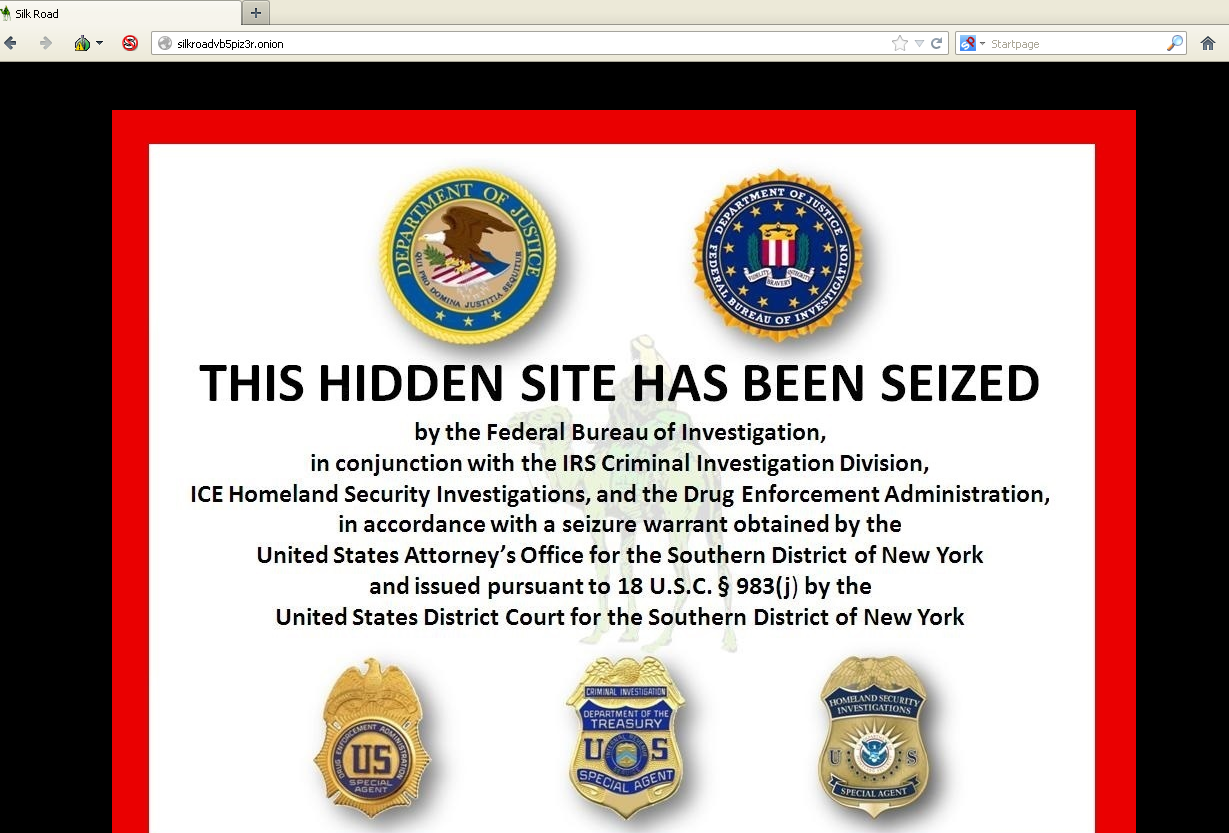 “Yeah, we used to sell there, but then it got shut down by THE MAN.”

Silk Road was shut down once (A second iteration has been running for a while now) for being a drug trafficking site, so the fact that they “Proudly” sell on there is a pretty big red flag. 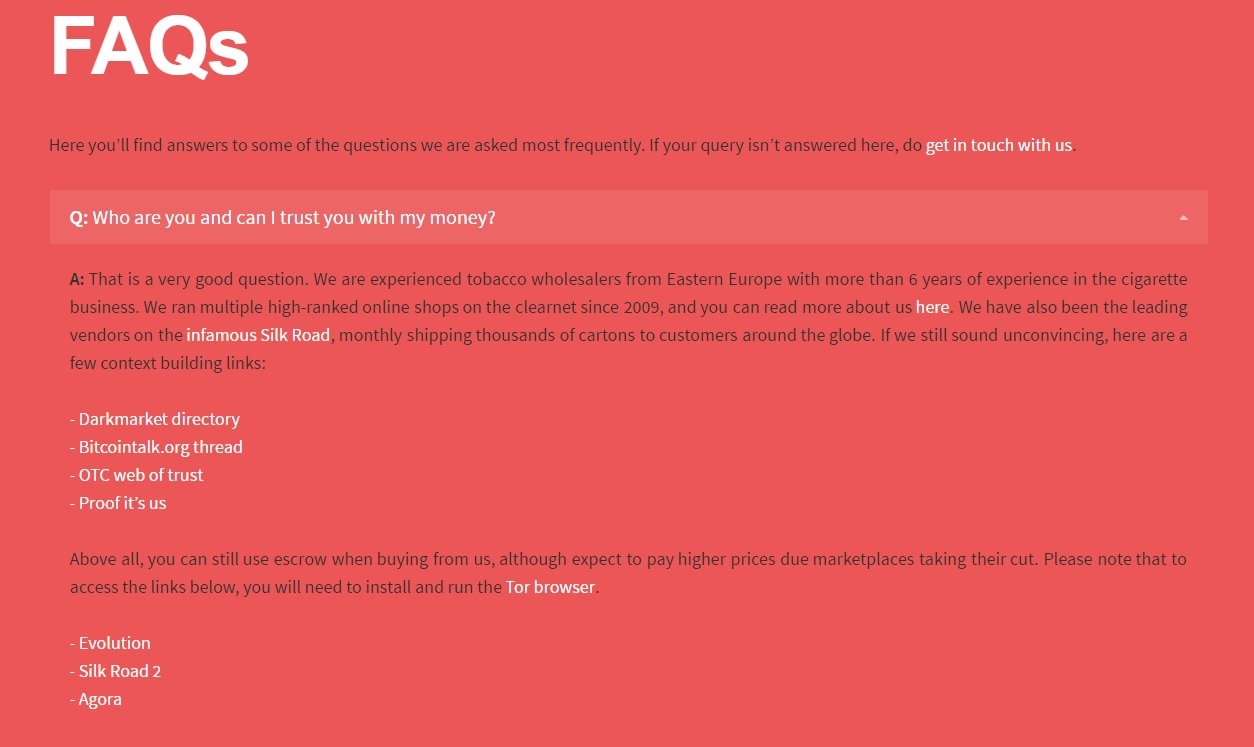 The whole site is a giant red flag. That’s why everything here is red.

Now, lets go through all the laws they’ve broken so far:

–The PACT Act, a law that was signed by President Obama in 2009 to make the sale of cigarettes illegal online. This buinsess is tailor made to be a “Fuck You” to this law. If they’re caught, that’s a year in jail and their money gets sent to the Postmaster General to help fund operations finding this shit in the mail.

– The Contraband Cigarette Trafficking Act of 1978 makes it illegal to sell over 10,000 cigarettes in a single transaction. The penalty is 3-5 years. We’ll go with 5, since they’re blatantly advertising how many cartons they’ve sold (75,00 cartons, or, at 200 cigarettes per carton, 150,00,000 cigarettes sold.)

–Being on Silk Road or any other marketplace is tricky. When Nod was arrested, he was charged with Conspiracy to Distribute Cocaine, Heroin and Meth, a violation of Title 21 USC 841 (a)(1) and (b)(1)(C), and Title 21 USC 846 (Note that he was only charged on one count, despite there being 2 violations.) Yet Silk Road users could also be charged because each sale brings a commission that goes to SR’s management, ie financing a criminal enterprise. There’s also SR’s tumbler feature which mixes BTC to make it untraceable (However, since SR2’s massive loss earlier this year, I believe they’ve stopped this and rely on 3rd party escrow), which is definitely laundering (I say definitely because its a major piece of evidence in the Ross Ulbright trial). Its tricky, but in the end, Nod’s crime would net him 10 years, minimum. Laundering cash is either giving all the money you laundered back, or a $10,000 fine. Between the two, that’s an extra 10 years + $10,000. In USD, not Buttcoins.

Now how does this tie into BTC? Its all they take. They had bank accounts, but they were frozen. And, like any legitimate business, they have an excuse: 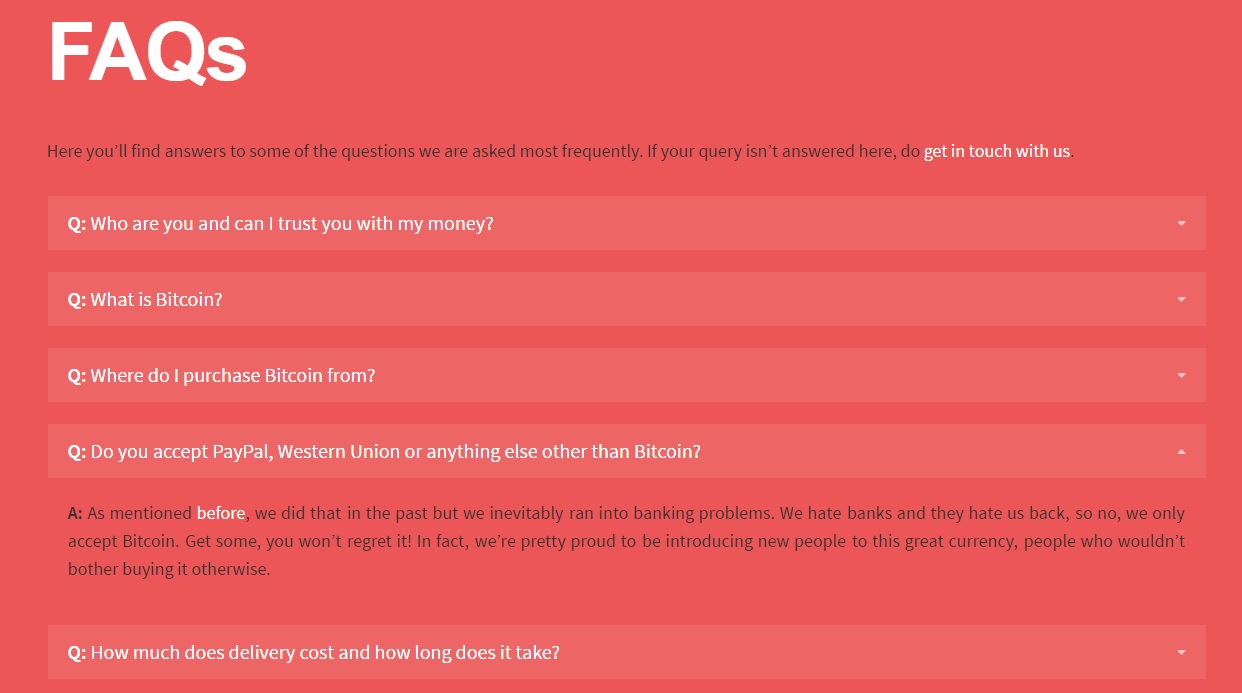 What happened before was THE MAN froze their accounts, because this is clearly illegal. But now, with Bitcoin, they are unstoppable! No one can find them, because they’re so secure, with their 256-AES encrypted digital money and that’s it!

Except their website is on the clearnet, or the internet everyone knows and loves, and not hidden away like on a Tor hidden service. You know. Easier to find. And with that, easier to see who bought what, when, where it was shipped to, etc. But, hey, you saved $20 bucks this year! Thanks, Reddit!

Also, focus on that last bit. “We’re pretty proud to be introducing new people to this great currency, people who wouldn’t bother buying it otherwise.” This is a pretty big problem with the Buttcoin proselytizers: they are their own worst enemy when it comes to advertising.

You actually think introducing people to the currency of the future through an illicit market is really the best way to get new cult members? Do you actually think that if there was someone who had no idea what Bitcoin was, the best way to introduce them to said  ”Currency of the Future” would be through a service hawking illicit cigs? Because, bear in mind, a survey done in February 2014 said that 76% of Americans are not familiar with Bitcoin, and 79% have no desire to ever use it. Bloomberg reported that 6% of their respondents thought Bitcoin was an Xbox game; another 6% thought it was an iPhone game. 80% of respondents said they’d rather have gold, because at least it has value. Worst of all, 38% think that Bitcoin has hurt the US dollar! Its unfounded, but that’s not the point. The point is the public, by and large, thinks of Bitcoin in a negative light, and to be “Proud” of introducing people to it through a shady service like this only cements that idea in their head! How the fuck do you not get this?!

Lets move on to other examples of how stupid they are. On each cigarette package, there’s supposed to be an excise stamp, or a label that lets the government know that specific product’s taxes (usually tobacco and alcohol) have been paid for. Usually, smuggled cigs don’t have that label on it, so its easy to identify which ones are legal vs. illegal. Our Canadian friends might recognize this label:

This is what a Canadian Excise Tax looks like, with all the details pointed out. Here’s one you might see in a Canadian store: 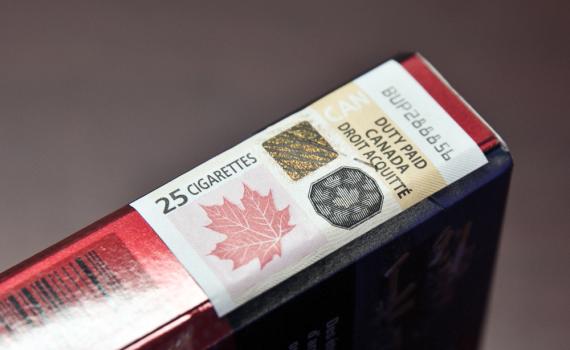 Here’s what they put on cigarettes in Pennsylvania: 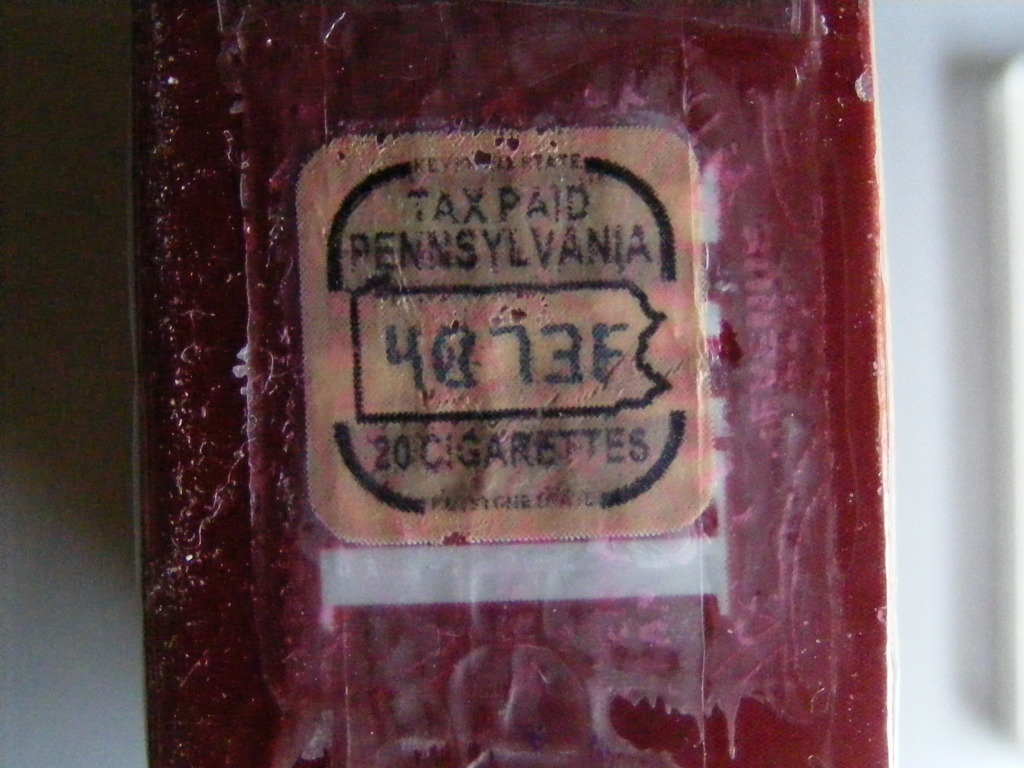 See the main connection between them? No? Well, look at one sold by DutyFree: 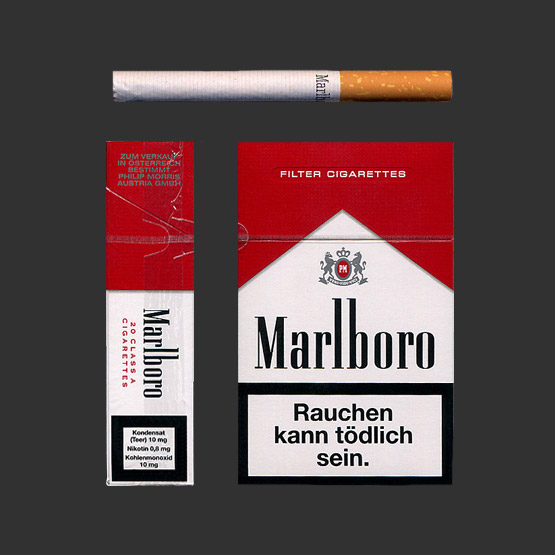 In their FAQ, they say all their shit comes from Europe. BUT THEY PAY EXCISE TAX!!! YOU CAN VERIFY IT!!!

Except one thing: Excise tax in the US and Canada is usually in English. Also, the packages are in English, too. I seriously doubt anyone is selling imported Marlboro’s from Moldova just because they like the packaging. Its the same shit. The difference is the countries, and that difference can equal 15 years in jail and $10,000 to THE MAN. Even if you are paying excise tax, and the label is on it, it doesn’t matter, because once it gets stateside, its clearly not the pack you find at EVERY STORE EVERYWHERE.

In fact, putting excise stamps is probably a detriment, because you can really only get official stamps from those specific countries. So buying from these guys is:

A) A guarantee you’ll get a visit from either the cops, the IRS or the ATF for evading taxes/buying drugs from overseas. And when they see the Moldavian excise stamp on your package of Ukranian cigs, they will use that against you in court.

B) A Complete and total guarantee that “A” will happen, because its a clearnet site. They will be found, and you will be found through them. Silk Road was supposedly 100% anonymous, but they had CAPTCHA’s that exposed their IP address anytime it was used. The CAPTCHA was a clearnet product. This is too, and they will be caught because of it.

C) A clear indication that you’re a cheap fuck, because you refuse to pay taxes over here and instead pay a little less to help al-Qadea.

Oh, I forgot that shit. The main reason the government doesn’t want people buying smuggled cigarettes is because terrorists are using the revenue from this to buy God knows what!

And, yeah, we get that “Terrorism” is a convenient excuse for anything in the media this past decade, but how about the fact that the IRA, Hezbollah, the PKK, CNDP and FARC have all used it for funding their campaigns. This isn’t the Fort Dix incident; these are serious groups doing real harm, and they’re doing it, in part, with funds from cigarette smuggling. That’s why its important. But now you can get cigarettes with Bitcoin, so all that goes out the window!

For a group as fervent as Bitcoin aficionados, they sure do throw their values and common sense out the window when another thing they could buy with cash becomes available for their internet dollars.

Were not saying these guys are propping up terrorists by selling this stuff, but at the same time, we have no idea who they are! If you look at the first FAQ question from before, you see a link that says “OTC web of trust”. This is what pops up when you click on it: 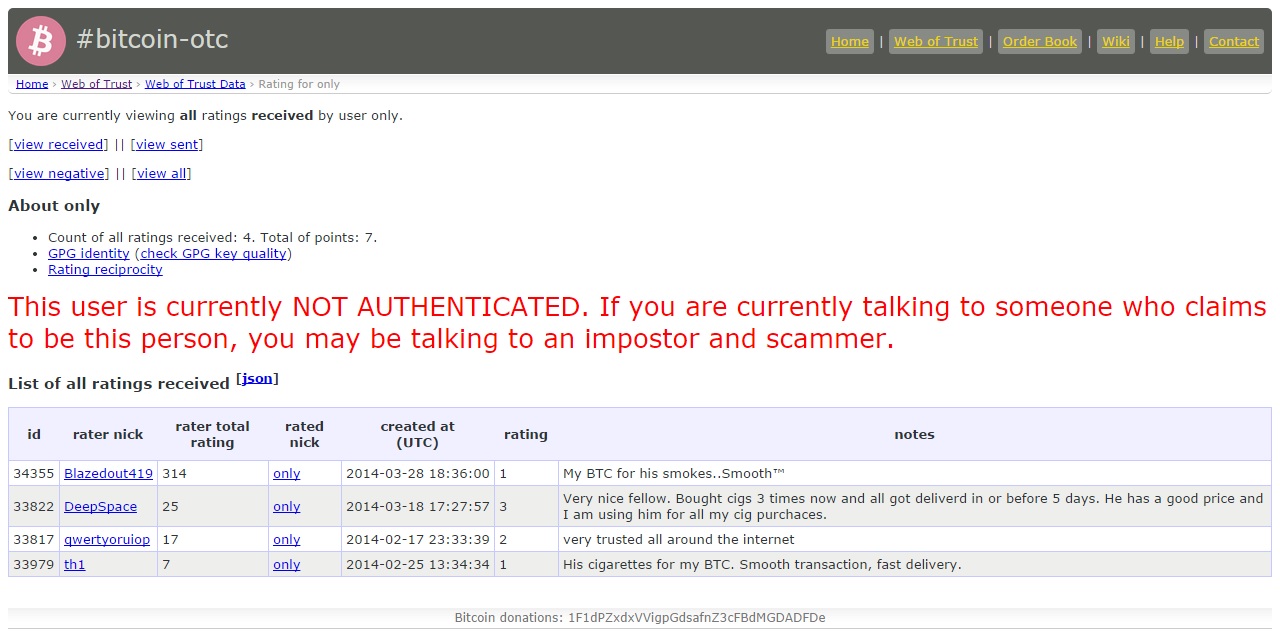 Blazedout419 is a guy I can trust!

To be fair, they seem to be clean and have actually sold product. And its really not fair to accuse them of funding terrorism, when clearly all they want to do is not pay insane amounts of taxes on a product they love, using the currency they love. Its kind of sweet, actually. Love knows no bounds, and this time its going to get a bunch of people arrested and fined. And because they accept Bitcoin, they will never be blamed for running an illegal business. They’re merely helpless victims sitting on piles and piles of cash.

But at least they have shipped their product, making them slightly better than Butterfly Labs.

‹ The Gyft that keeps on Gyving › Business Owner sounds off about Bitcoin Missionaries trying to convert him, the flock does not take well to dissenting opinions.