Blake Benthall is software engineer living in San Francisco. He worked for SpaceX for a few weeks before quitting. He went to the University of Florida, bounced around a few startups, ran a tech incubator from his house, helped create a project to bring Linux to the iPod, was an eagle scout and took some awkward pictures with his very unfortunate forehead. By all accounts of what we can see, it was your average Silicon Valley engineer, fuckingaround and disrupting whatever industry he happened to bump into. 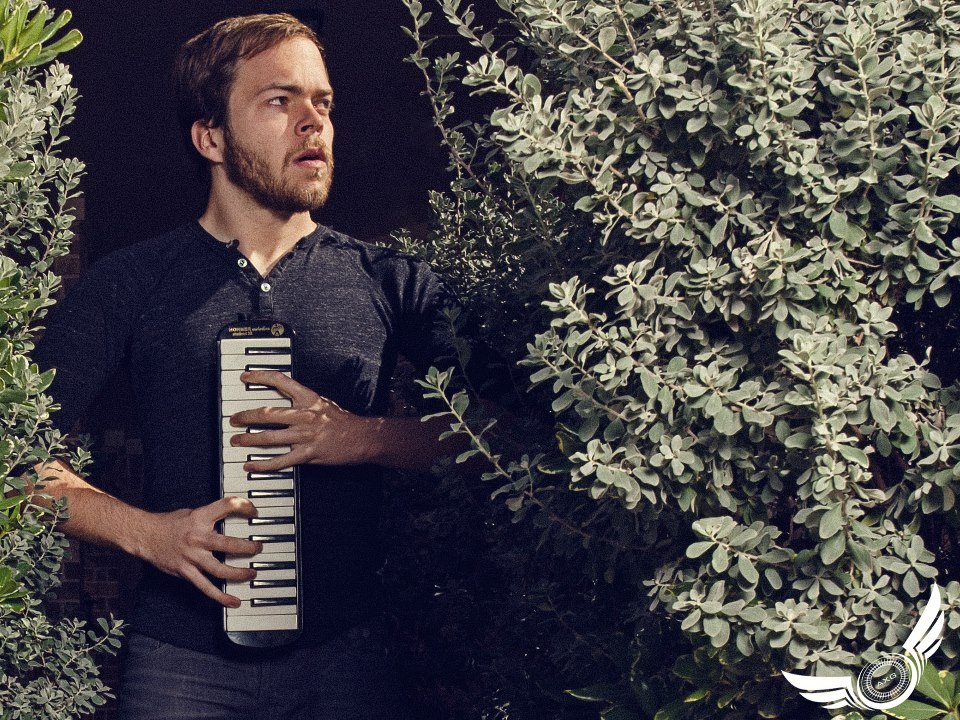 Let me play you song of my people (privileged 20-something white males living in the Bay Area).

According to the FBI’s criminal complaint, Blake seemed rather upset that the original Silk Road has closed down and wanted to be part of the team that rebooted the old code into a new incarnation, dubbed Silk Road 2.0

Here are the timeline of events of how Blake came into power at Silk Road 2.0:

From this day on it’s Blake Benthall’s site to run. And he runs it terribly. The FBI document is light on details on how exactly the FBI gained control of the servers, but since the FBI informant was forum admin since the first day we can imagine it wouldn’t be terribly difficult to find where the servers are. In fact, there’s a lot to parse in this document but for this article we’re just going highlight just how bad a job Blake did of trying to cover his tracks.

When the server was ultimately located in another country the FBI had the local law enforcement make an image of the server. While the server was down for imaging, Blake posted a message in the forums noting that he was aware of the downtime.

After inspection of the server, they located chat logs between Blake and DPR2 that carefully explained the handoff of admin duties.

The interaction between Blake and his ISP that hosted the server seems to hold the majority of the evidence against him. Because he was a colossal idiot, he used Tor and hid his tracks quite well when interacting with the Silk Road 2 website, but when it came to any other interaction with the host or management activities he did zero to cover his tracks.

He didn’t use Tor to submit support tickets complaining about the server outages and alsoused an unusual combination of abeta browser and an out of date OS.This was easy to match up the site visitor information tohis laptop..

He accessed the customer support from ahotel wifi over clearnet. He also registered the room withhis real name.

And tweeted about being at the hotel the day before.

@PorterHaney working from Vegas for the next three days, would love to hang again!

But the most idiotic, moronic, stupidest thing he could have done was register the server usinghis own vanity email address.

Not only that, he sent private messages from the Silk Road 2 administrator panel to his personal account, removing any doubt that the owner of email account also knowingly controlled Silk Road 2 servers

When they did eventually catch up to Blake the trailed him at his house and matched up “Defcon’s” available/away timeouts with his time spent at home. 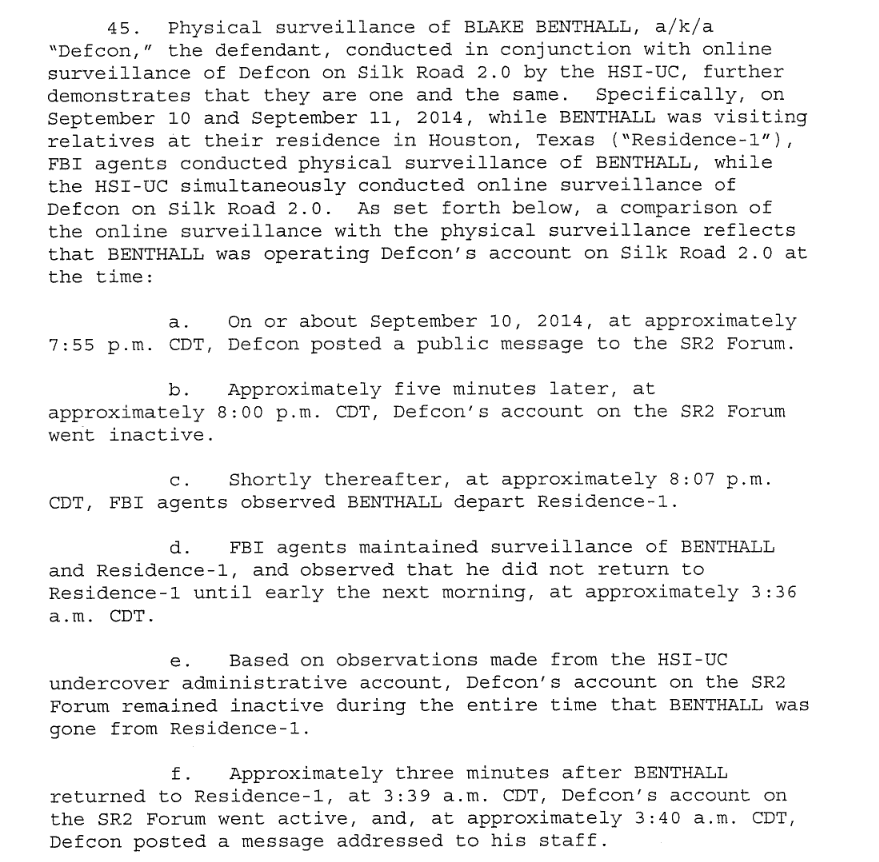 BONUS: Remmeber that guy that bought a Tesla with Bitcoinslast year? It was probably him too.

At this pointyou would think that Blake Benthallis the dumbest drug kingpin you’ve ever seenbut in one last ditch effort to surprise everyonehe opens his mouth and throws away his only bargaining chip.

In court, federal prosecutor Kathryn Haun said that Benthall was likely to flee and should not be released. “He was found with over $100,000 in cash at home,” Haun told the court. “He has a passport. We’re not aware of whether that was secured. In addition to all of the detail, Mr. Benthall did admit to everything after receiving his Miranda rightsthat he was the administrator of Silk Road 2.0. Our principle basis is flight risk at this point.”

His attorney, Daniel Blank, a federal public defender, said that he only met his client for the first time in court on Thursday.”You could fill a large volume with what I don’t know,” Blank told reporters after the hearing.

After raiding his home, the FBI says Benthall’s PC (which was not encrypted in any way) had full “address lists for customers all over the world that will be of significant interest to many global law enforcement agencies.” Prior to the raid, the U.S. DEA made purchases from the Silk Road 2.0, including heroin, cocaine, LSD and Oxycodone. Each was then tested and all tested positive for illegal drugs. 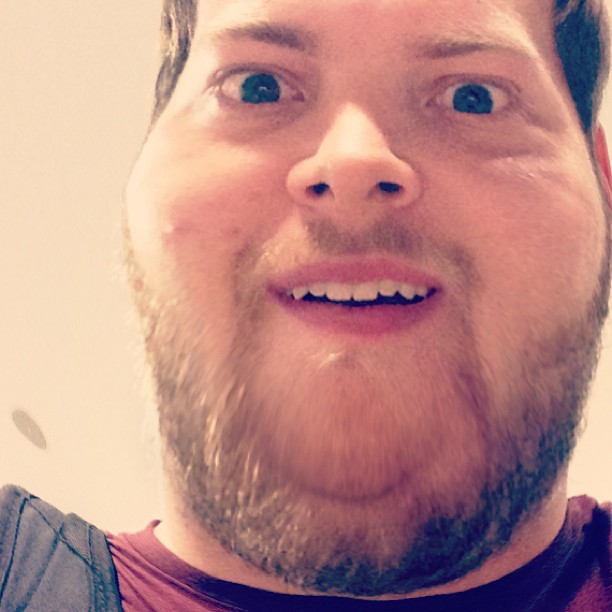