If Coinbase is the future of Bitcoin, then I want off this ride.

Bitcoin. It’s still a thing, apparently. There have been many ”things” in the past, like pet rocks or flagpole-sitting, but unlike those “things”, Bitcoin is defying the trend (and haterz) and is gonna live forever! Problem is that it hasn’t really caught on, and the people who do get interested in the ‘Coin lose it very quickly when they realize how batshit insane the community is to deal with. That’s why a lot of the marketing towards attracting new bagholders has been about how easy Bitcoin is to use.

When looking at Bitcoin’s legendary “ease of use“, no one has cornered the market better than Coinbase. Coinbase is so easy; all you need to do is create an account and link it to your bank. It’s just that simple!  Or is it?

I first signed up for Coinbase around April of 2013, when it was the only player in town that could let people buy and sell Bitcoin by linking a bank account. Coinbase was one of the first services, if not the first, that let you just buy Bitcoins with a bank account. And, for the most part, it still is  it is still incredibly difficult for newbies to obtain Bitcoin outside of services like Coinbase or Circle.

So I decided to sign up for another account, just to see what the user experience was like from the start. I’d forgotten how rough it was.

I’ll give them this, they certainly know how to make one hell of a site.

END_OF_DOCUMENT_TOKEN_TO_BE_REPLACED 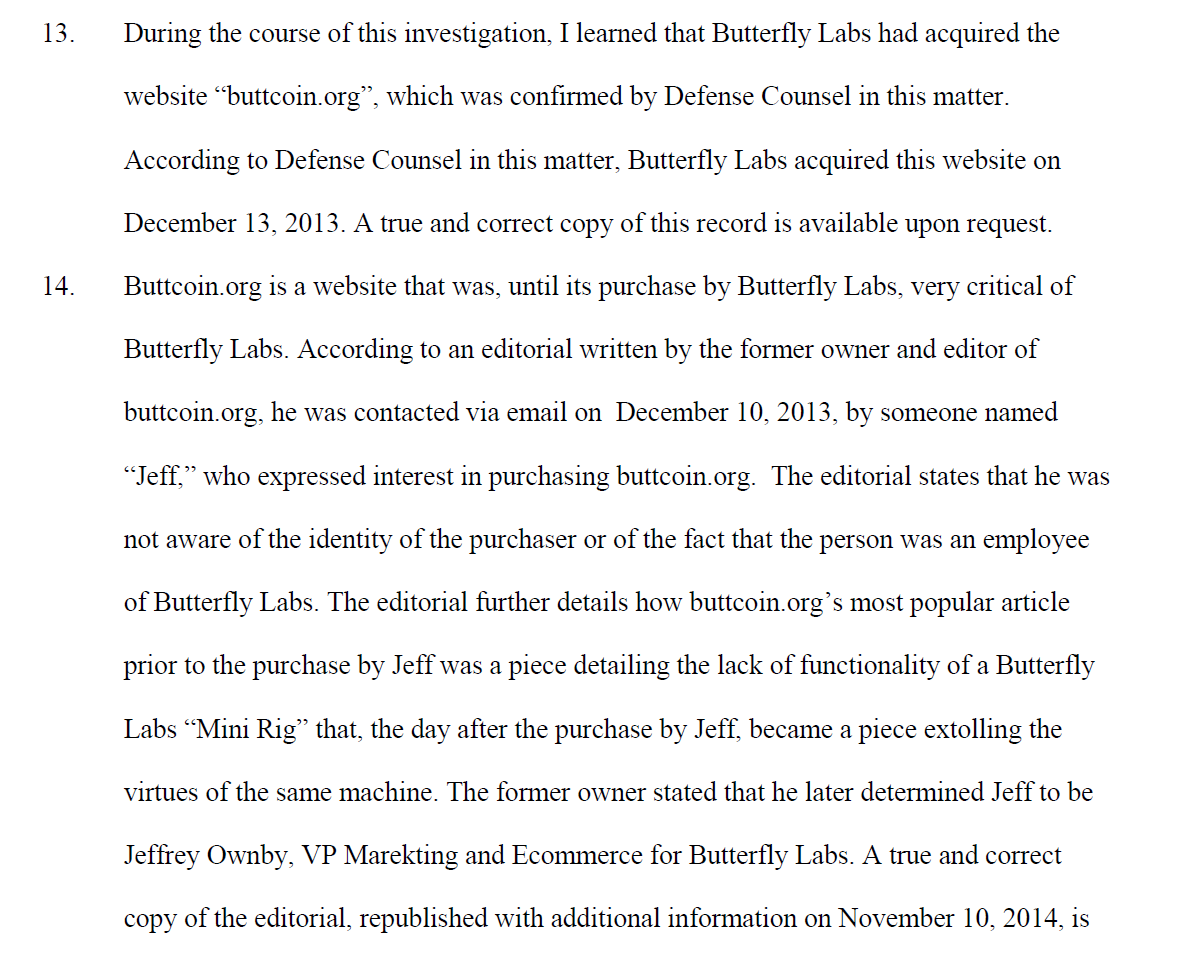 END_OF_DOCUMENT_TOKEN_TO_BE_REPLACED

Is It Stealing if the Vendor Doesn’t See You Take It? Part 2

Meet Reddit user “btclostandfound“. On November 14th, he asked the genius Borg hivemind that is r/Bitcoin, “If I find 61 BTC on a laptop at a garage sale and I don’t return it, am I a monster?”

About 2 weeks ago I was rummaging around a garage sale (as I often do on the weekends) and found an old Dell laptop that was in fairly good condition and paid $50 for it. I’m fairly into tinkering with old electronics and such so before I reformatted the drive, I decided to go snooping. To my amazement, It had an old version of bitcoin qt on it which contained about 61 btc in an unencrypted wallet. At first i thought i was could good to be true but I was able to transfer the btc into the wallet on my computer with the help of a friend who knows way more about btc than I do. He was shocked as well. Next week I plan on selling about 1/2 of the stash on coinbase and use the money to buy a car. Am I a terrible person because i have no intention of giving any of the bitcoins back?

Now, before we continue, we should point out the following:

But, hey! He is generous:

I did give my friend a few bitcoins for helping me out.

END_OF_DOCUMENT_TOKEN_TO_BE_REPLACED

Operation Onymous Did Not Take Down 400+ Sites

Mark the calenders, kids. Remember, remember, the 6th of November. That’s the day that Operation Onymous arrested 17 people, worldwide, and shut down 414 hidden sites, including Silk Road 2.0, Hydra, Cloud 9, and… that’s all we know. Seriously, those are the three sites being cited by every article. There is no official list of all the sites taken down by this joint-joint-joint-joint-joint operation. There are supposedly 414 sites down, yet no verification as to what exactly these sites are. Forbes is saying that

…the number of actual sites seized appears to be less than 20% of that number. (Source)

END_OF_DOCUMENT_TOKEN_TO_BE_REPLACED

The Winklevoss Twins Bomb at Money20/20

The Winklevoss twins, known internationally as the half-CGI duo that Mark Zuckerberg may or may not have stolen that Facespace thing from (he didn’t; they’re idiots), have various Bitcoin investments:

 $11 million worth of Bitcoins, which at one point was 1% of all Bitcoins and was valued at up to $64 million before a “flash crash” dropped the price down to $120 per Bitcoin.

 “Winkdex“, a Bitcoin index that measures seven different markets in real time to relay the value of the ‘Coin.

 The “Winklevoss Bitcoin Trust“, a highly-anticipated, all-Bitcoin fund that the duo is trying to get on the NASDAQ stock exchange. If successful, it will be the first publicly-traded Bitcoin fund ever. (FYI, the paperwork says each share will be about $20.09, max, so get in while it’s hot!)

Just what the Bitcoin community has always clamored for: government intervention and regulation! You sure do know your audience!

They are also PERFECT for Bitcoin, saying it “potentially could be more impactful” than Facebook, a statement whose grandiosity cements their place in this delusional community. To put that into perspective, Blockchain announced that after five years Bitcoin has passed 2 million wallets (not users, mind you), while Facebook has famously accrued over a billion users in a little over twice that time. Welcome, fellas!

"We have elected to put our money and faith in a mathematical framework that is free of politics and human error." Tyler Winklevoss #bitcoin

Recently, at the currently ongoing Money20/20 conference in Las Vegas, the duo hit the stage and delivered what is being described as “a history of money”.

END_OF_DOCUMENT_TOKEN_TO_BE_REPLACED

The Greatest (Bitcoin) Movie Never Made

There is an incredible thread on r/Bitcoin right now on how Bitcoin clearly isn’t catching on through its 1 documentary, so the cult should spread the ‘Coin to fiction. Specifically movies, or, to, be more specific, heist movies.

THIS IS THE BEST BITCOIN IDEA, EVER. They could do so many “Based on a True Story”-type movies, because Bitcoiners, as a community, have been scammed and stolen from countless times. I don’t even need to list examples like Mt. Gox or MintPal, just Google “Bitcoin Stolen”, and you get a list as long as long as pi.

END_OF_DOCUMENT_TOKEN_TO_BE_REPLACED

Why People Dislike the Cult of ‘Coin.

Because I’ve been doing more digging for Bitcoin-related stories, I have certain sources I tend to go back to. One of them is /r/Bitcoin. It has been one of the best spots for researching anything I have ever come across for a reporter such as myself. It’s like the all scams, misogyny and bad ideas come right to me! (But I look other places as well, because I’m not lazy, like CNN.)

I have no real opinion of Reddit. I actually kind of like it to be honest even though I personally never used it. It just seemed like some popular link site that had weird groups like the Bitcoin nuts in addition to being the homebase of the Men’s Rights movement. I got turned off by things like that and Adrien Chen’s article on Violentacrez but now, thanks to BTC, I’m back.

Throughout the time I’ve known of /r/Bitcoin I’ve figured it attracts a lot of newbies wanting to learn about the ‘coin. Seems reasonable, right? It is the first source listed in the “Keeping Up to Date” section on everyone’s favorite Bitcoin Starter site, WeUseCoins.com (now owned by Butterfly Labs).

In life, there are many things we know we don’t know. There are things we know that we know. There are known unknowns. But what we do know is that there are 76% of Americans don’t have a clue what a Bitcoin is. Either they don’t know its a thing, or they don’t really care. In the same survey linked above, 80% of people said they’d rather have Gold over Bitcoin, probably because Gold is easy to explain and, economically speaking, proven.

But what about those few who genuinely want to know more? What about the men and women who are genuinely excited about such a interesting concept? Those who want to dip their toe into “The Currency of the Future”? What does the Reddit Bitcoin community, linked to by many of the most prominent Bitcoin introduction sites, do to help them, the newest of newbies, looking for the most “Up to Date” info?

The answer is just harass them, apparently.